Ambedkar International Center
Home News Truth Needs to be Spread with courage : Kudos to KBC and... 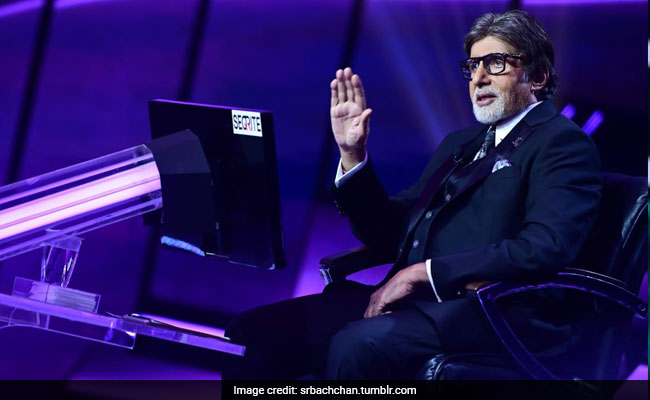 In a recent episode of Indian television quiz-based show “Kaun Banega Crorepati” aka KBC (similar to the British program, “Who Wants to Be a Millionaire”) broadcast by Sony Entertainment Television, hosted by India’s biggest and most popular Hindi film-star Mr. Amitabh Bachchan,  KBC showed great courage to expose the truth which the majority of Hindus and ruling BJP governments would want to hide and mislead generations to propagate sick religion which is based on inequalities and irrational things.

In the 12th edition of KBC, Mr. Wilson Bezwada, the national convenor of the Safai Karmachari Andolan (SKA) aka “Cleaning workers Movement” and Ramon Magasaysay awardee participated as contestant along with Mr Anoop Soni, Actor and host of another popular Indian TV show “Crime Patrol”.

In that episode Mr. Amitabh Bachchan, had asked a question based on a true historical fact, which raged anger among a group of Hindu religious people as truth is bitter to accept and digest by irrational people.

The question asked in the episode was:

“On 25th December 1927, Dr BR Ambedkar and his followers burned copies of which scripture?”

The four options given to the contestants were:

This additional explanation was well received by Dr. B. R. Ambedkar’s followers and truth seekers all over the world. Many Indian and International organizations including Ambedkar International Center (AIC), USA applauded the courage of KBC and Mr Amitabh Bachchan’s strength to bring the truth to every household of India.

But, on the other hand, this shattered the Hindus who were in the illusion that Hindu religious texts are good and never realized the truth of the history. AIC, USA congratulates Mr. Bachchan and extends our gratitude on speaking the truth with courage. We wish, he continues to do so more often.

This incident also showed how the majority of Hindu people are still blind and distant to dare to understand the history for their own benefits. Overall this led to registering FIR against KBC and Mr. Bachchan, trolls on social media claiming this question to be against Hindu sentiments, considered as running the “leftists propaganda” and being hijacked by communists. Soon after, twitter got flooded with #banKBC. Despite so much pressure brought on by the trolls, Mr Bachchan stood his ground and didn’t apologize. It wasn’t much strange in a country where everything comes later but inhuman religion that has discriminatory caste system

Dr. B. R. Ambedkar, took the mantle of revolting against the social discrimination and inhuman stigma of untouchability practised in India.

In 1927 there were multiple such events where in Babasaheb Ambedkar undertook multiple agitations like burning of Manusmriti and Mahad Satyagrah. Babsaheb went to villages to collect funds and “one aana” was a target set for each village, posters were put in every village raising awareness about inhuman laws and customs that were denying basic rights, right to common wells and ponds, common roads etc.

To free the bondage of religious slavery one must disregard their laws; and that is what was done on the 25th of December 1927 at Raigad in Maharashtra state.

Mr. Gangadhar Sahastrabuddhe, Dr. Ambedkar’s colleague in the anti-caste movement burnt Manusmruti in front of thousands of people to show their resistance and dissent towards the inhumanly biased laws of Hindu religions. Each verse in the book was read aloud in public and burnt. It was demonstrated how women and Shudra were not allowed basic rights and were discriminated against.

Periyar E V RAmaswamy thundered in 1922 that he would burn the Manusmriti and it became a symbolic protest carried out by the Self-Respect Movement. This symbolic assertion of self existence as ‘humans equal to humans’ was indeed a very controversial one but has marked as a revolution in history ever.

Since 1927, each year on the 25th of December, people celebrate it in the name of ‘Women’s Liberation day’ as Manusmriti had much laws against women’s rights, moreover Manusmriti has been single-handedly responsible for the derogatory position accorded to women in the post-Vedic period. It has made us believe as a law that woman is secondary to men, perhaps it is said in one of the verses from manusmriti that “woman is born to serve men, and it’s her moral duty to not question her owner, but to please him.”

One of the laws of Manu says “She who disrespects to (a husband) who is addicted to(some evil) passion, is a drunkard, or diseased, shall be deserted for three months (and be) deprived of her ornaments and furniture.” 9:78.

In the second chapter Manu writes, “It is the nature of women to seduce men in this world; for that reason, the wise are never unguarded in the company of females.” (2:213)

Manu tells that a man should not be alone in the presence of his mother, or sister or daughter. How deformed this “Manu” must be!

In chapter 3 verse 239 it is written, “A Kandala, a village pig, a cock, a dog, a menstruating woman, and a eunuch must not look at the Brahmanas while they eat.”

Of course, burning of the book as a symbol to revolt against the brahmanical patriarchy, drove brahmins crazy. Brahmins do not wish equality  for all citizens but want to maintain their higher position in their superficial hierarchy. Although the brahmins are so cunning and have the skills to manipulate history but since this is a recent one, not even a hundred years old, the wounds of the discriminatory religion these inhuman people carry remain fresh. This is evident from the recent controversy with the #banKBC.

There have been questions on the Hindu mythical characters who are not even evident to exist. Nobody raised any question on the show which claims to be the show for the learned and intellectuals. Rather people must have joined their hands with devotion before their TV sets.

Dr.Ambedkar’s movement not only fought for untouchables rights and raised them to humanity but also worked for betterment of all backward and oppressed communities as we could see that in the form of “India’s constitution”.

To be detached from such inhuman Hindu religion and its discriminatory practice laws, Dr. B. R. Ambedkar along with 700,000 (more than half-a-million) followers embraced Buddhism, a greatest scientific humanitarian religion in the world on 14th October 1956, which is based on the principles he inherited for the Indian’s democracy.

Ambedkar International Center, USA hopes people would learn the history with curiosity and remove the illusion surrounded around them.

Dr. Babasaheb Ambedkar strived hard to take his people out of devotee-ship and all kinds of superstitions and gave them rational Buddhism. His followers, who each year burn Manusmriti symbolically have already taken up the responsibility of not to turn as his devotee but learners and followers.

The mission that Babasaheb Dr Ambdekar set out is still in-progress. The statue of Manu still stands tall in the Rajasthan state High Court premises and must be brought  down.

Compiled by: AIC Digital team and We The People journalist.